OK, no Gollum, but Gimli. Our image of Gimli seems to have made himself at home on all the movie websites, we might as well give him a home here too! MAJOR SPOILER!!! (this is a direct link to the image) [more]

Sorry for the delay folks!

The time has come folks! The long awaited interview with Gary Gygax is now posted! TheOneRing.Net Staff member Gamgee did a wonderful job getting this interview, and selecting the questions! We wanted to thank you all for sending in such very interesting questions and, again, thank to Mr. Gygax for giving this fine opportunity to speak with him about Tolkien, D&D, and the whole fantasy world in general! [interview]

If you want to check out Mr. Gygax's official site, check out "The Creative World of Gary Gygax."

The Mythopoeic Society will be meeting in Hawaii this year for their anual Mythcon! Great combination if you ask me. They have also updated their homepage with an LotR movie section and other great fantasy-genre items, news, and articles of interest.

Yep, that ad for extras is no leg-pull.

Recently we reported an ad for extras that sounded like it could be an ad for LOTR extras, given the location (Canterbury) and the physical types required. Or, one of our more suspicious natures decided, it was an attempt to get people to sign on who didn't have a hope of working for LOTR.
The agency, Modelpool Talent Promotions, are understandably annoyed with that inference and rang to say they supply 80% of the extras in LOTR and are also casting for 8 major international feature films being shot in NZ. So the ad was genuine! Go for it!!

Why I took down the images of Gollum

You can catch Ian Holm (Bilbo) in 'Incognito' on Cinemax. [More]

Liv, where are you?

Many a buzzo has been made over Liv Tyler (Arwen) possibly being in and around Moria; latest news, however, seems to indicate something otherwise. Highlight the paragaph below to find out what:

Liv and the folks that the Spy saw were very possibly shooting scenes for the Mordor Gate, and not Moria after all, so there still may be no Liv in Moria.

Check out this wonderful article in New Zealand's Woman's Weekly Magazine with their exclusive pictures of Frodo and Sam, the Men of Gondor, and orcs! (contact information to get your own copy of the magazine included) MAJOR SPOILERS. [more]

Thanks to Ringer Staff members Gamgee and Elwing we have some new character descriptions of Hama, Haldir, Lotho Sackville-Baggins, Ted Sandyman, and Ugluk! Check out the complete character listing to see the other great descriptions and images of these characters.

Ringer Spy Aglios sends in the latest news on some of the cool computer jiggery pokery involved in LOTR. A whole lot of compu-jargon here, so amateurs be warned! [More]

For more CGI and SFX craziness, be sure to check out our SFX section!

Super Ringer Spy Xtem and his Spy in training TaupoGrrl dish out the latest from the LOTR camp. [More]

Check out the Official Peter Jackson Fan Club for some really great updates including cast stories, PJ's other projects (King Kong!), a live chat guest and much more!!! [TBHL]

Ok, so it's not OUR interview, but from a cool french mag called 'Mad Movies', and a big thank you to Olivier for translating the article! [More]

The cool folks at 'userfriendly.org' have posted another LOTR related cartoon, this time goofing on all us fanboys (and Liv lovers) glaring at our screens over the Internet Preview. [More]

Today, May 27th is Christopher Lee's (Saruman) birthday. Lee was born Christopher Frank Carandini Lee on the 27th of May 1922 in London, England. That makes him 78 today! Have a good one!

From the Halls of Fire comes another Tolkien topic to chat about! Imagine you had the power to influence one moment in the history of Arda... what would you do? After learning the lessons of pity and mercy from witnessing Frodo and Bilbo, perhaps you would want to intervene and make someones life less tragic. It could be a minor tweak, like preventing Sam from calling Gollum a sneak, or something huge like executing Sauron instead of chaining him up at Numenor.

Think on it! Your actions could have serious consequences. Then bring your thoughts to our chat today at 5:30 EDT [-5 hours GMT].

You can catch Liv Tyler (Arwen) in 'Cookies Fortune' on Cinemax today. [More]

Ringer Fan T sent us a very interesting email with a small discovery he made while viewing the Internet Preview. Get those microscopes out! [more]

The New Server is coming.

Tomarrow at 9PM EST, I will be switching to our new server. There will be some minimal downtime during which we will be unreachable. This is the first step in our plan to speed up TheOneRing.net. If all goes as planned, everything will return to a better normal by 10PM EST.

Ain't It Cool News has scored a bit of a scoop, unfortunately some of the report from an annonymous author seems to be a bit off. [More]

Burial of the King

Super Ringer Spy Galadriel chimes in with the latest from a super secret set in New Zealand! Want to know what a kingly burial chamber will look like! Take a look in The Mirror of Galadriel.

Busy Bees on the Net

BBC online has a small article that inadvertently finds its way to talking about LOTR, a little news on the MASSIVE program:

Researchers at the University of California are claiming that we need radically new ways to run the net as more and more people and devices go online.

Michael Wang and Tatsuya Suda say that existing methods of keeping the net going will not be able to cope when billions of people, mobile phones, hand-held computers and household appliances are routinely using it to communicate.

Thanks to All the folks who sent this to me!

In the letter Terry dishes out the latest plans to turn one of his books 'Magic Kingdom For Sale' into a film by 20th Century FOX. Terry makes note of our little LOTR film and his thoughts on it! Click on the above link to read the letter, or..

Click here to read our exclusive interview with Terry himself!

TVONE late news last night featured a bit about a machine that creates snow, which is going to be used for the filming. The machine is state of the art and it costs $1,500 NZD to generate 1 tonne of snow. They mentioned it would be used up in Wellington next month.

Ringer spy Gordon checks in with the latest from NZ: 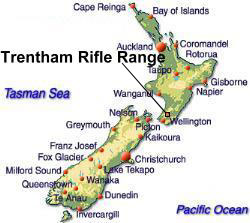 Last evening I noticed 2 bright lights, similar to those used on the LOTR sets at Dry Creek Quarry and Harcourt Park, on NZ Army land in Upper Hutt.

The lights were behind the Trentham rifle range and Davis Field, on the Silverstream side of Sutherland Avenue / Alexandra Road (about where it changes from one to the other).

This is what spy reports are all about: Amazing rumours and wild speculation!Arwen's at Moria Gate? She's 'doing the Luthien thing?' Rivendell's being rebuilt? Filming is scheduled to end when? Altariel finds out some weird stuff in Spy Reports. [More]

Gary Gygax has racked his brain, answering the questions we sent him concerning Lord of the Rings, Tolkien and D&D. The results are in, and the interview is astounding! (if you don't mind us saying) We would like to thank Gary Gygax for taking the time to really think about the questions you sent him, and answer them thoroughly and intelligently! Kudos to Ringer Staff Member Gamgee for scoring this awesome interview!

Look for the interview to be posted on Tuesday, May 30th right here on TheOneRing.net..:)

Just how popular is 'The Lord of the Rings', anyway?

HuanCry from England wrote to the project director of Harper Collins to find out....

"Here is HarperCollins UK response to my query Re: what are the true total sales figures of LotR ....following my irritation at the outdated figures of ' 50million copies in 25 languages ' ALWAYS being used in newspaper/magazine articles over last 10 YEARS or so!"

"Thank you for your enquiry. It is difficult to ascertain exact sales, not least because the book is sold in single- and three-volume editions across the world. A figure of 50 million copies and 25 languages was researched and declared for the Tolkien Centenary in 1992, and the press always hark back to this. Patrick Curry conservatively updated the figures for his book ("Defending Middle-earth",) but we think that we're well on the way to 100 MILLION COPIES WORLDWIDE ACROSS 40-50 LANGUAGES.

We hope to have more accurate figures soon, as we are working on this question for New Line Cinema, although much of it has to remain educated guesswork. I suspect that Bookworm's claim (BBC programme aired in 1997) of 5 million per year rather exaggerates the truth about "The Lord of the Rings," although if you included The Hobbit and the other Tolkien books it probably wouldn't be far out."

Thanks to David Brawn at Harper Collins, and HuanCry!

Today, May 25th, is Ian McKellen's (Gandalf) Birthday! Ian was born Ian Murray McKellen on 25 May 1939 in Burnley, Lancashire, England. That makes him 61 today! Have a good one Ian!

You can catch Viggo Mortensen (Aragorn) 'A Walk on the Moon' on TMN. [More]

You can see Brad Dourif (Wormtongue) in 'The Bride of Chucky' on TMN. [More]

You can see Kevin Conway in 'The Confession' on Cinemax. [More]

Fantasy and science fiction novelist Piers Anthony will be our honored guest for a live chat at Barliman's on Sunday, June 4th, at 6:00 EDT [-5 hours GMT]. Check out his website Hi Piers for a bibliography, newsletter, Xanth character database, and more.

Andy checked in with this great little report about the 'Tolkien Weekend' that went down on the 13th and 14th of May. [More]

Yes, I know it's been a while, but things have finally started to calm down and I've managed to get some writing done! Here it is! 'Farewell to Lorien'! [More]

At the moment, TheOneRing.net is sponsoring two causes with the income from those little ad banners you see at the top of most of our pages...[full report]

Shadowfax and other animals.

Tehanu brings us this report on a recent article in the Dominion newspaper concerning the animal cruelity allegations. [more]

You can catch Brad Dourif (Wormtongue) in 'Progeny' on Cinemax. [More]

I asked one of our most persistent set-watchers, the Hutt Hobbit, and got this report from his friend Salome. Shows that there's a lot of patience, persistence, and immunity to cold required, as well as a lot of hoping and dreaming! [More]