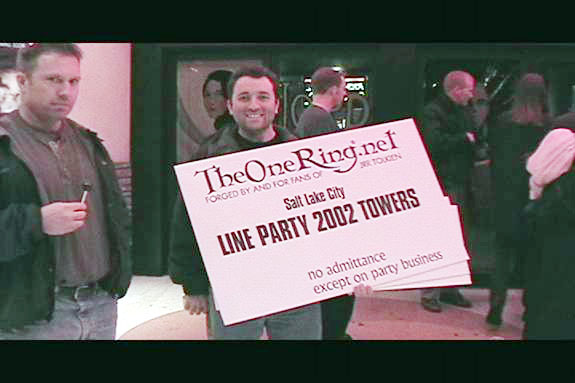 TheOneRing.net staffer MrCere sent in this report from the Salt Lake City Line Party as he recounts the events of December 18th.

Like many TORn folks I am hammered. The build up and delivery of a line party coinciding with PJ's movie is an amazing and draining process. The Salt Lake City line bought out the historic Villa theater, the grand old lady of single theater movie houses in the intermountain west.

With the entire 980 seat auditorium at our disposal we still had to turn away a lot of Salt Lake City folks once tickets ran out in early December. Badali Jewelry, (located a few miles away in Layton Utah) Decipher, Century Magic (LOTR card game store), Night Flight Comics, Borders Books, The Costum Closet and Boxandclocks.com all donated gifts for our pre-movie hand out. We had a promotional bag for every attendee which helped the donating merchants get the word out about their party.

This year's costume contest was amazing, making the front page of a local newspaper. One attendee, Jody Genessy was a big hit in his PJ costume complete with beard, hair, glasses and feet. Cameron Van Tassell won the contest as a nine-foot Ent that raised the crowd to a fever pitch as he arrived in front of the Villa sidewalk marqee.

With this report are pictures of the Ent, the PJ costume, Saruman, the main door just before they opened, the greeting sign before it was put in place (above) and fans sitting in costume awaiting the film's start. 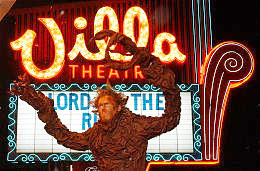 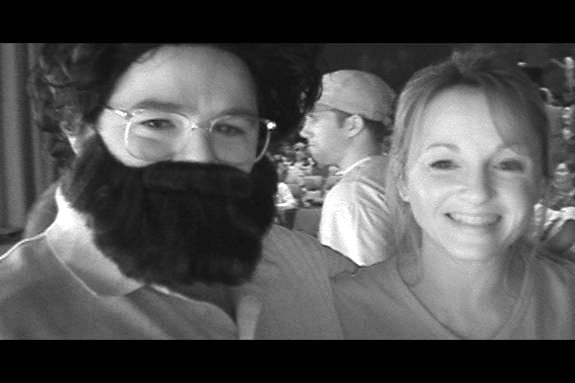 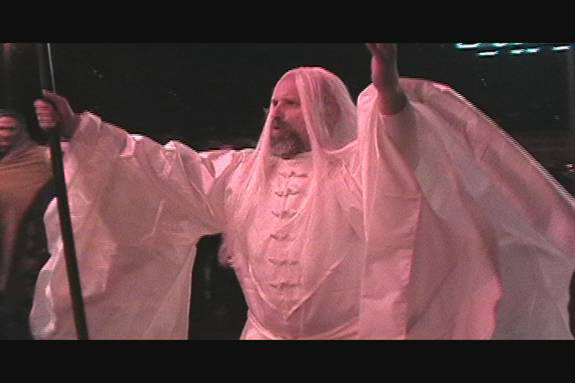 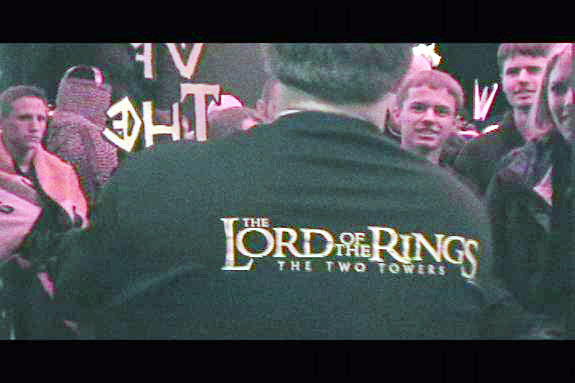 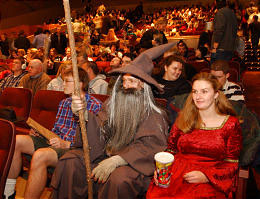