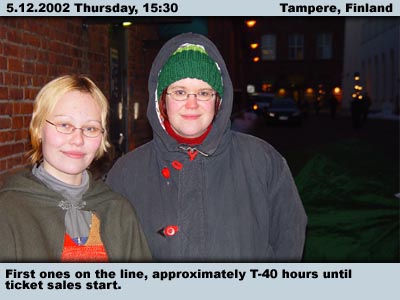 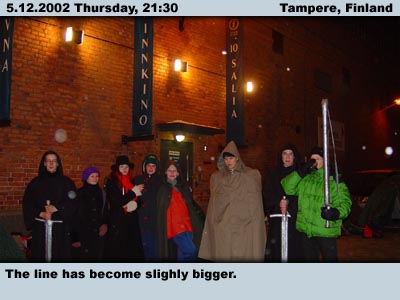 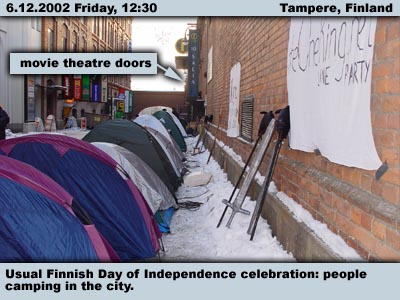 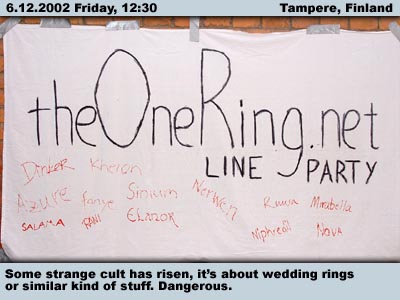 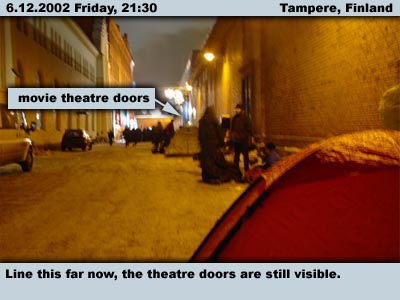 Finnish LOTR fans got their TTT tickets Saturday 7th Dec, at 8:00 am. In the city of Tampere, first liners came with their tents early in Thursday. The Movie Theatre Plevna provided people power for heaters, which was nice since the temperature was on Thursday -10 degrees Celsius and it decreased to -15 with a wind til Saturday. 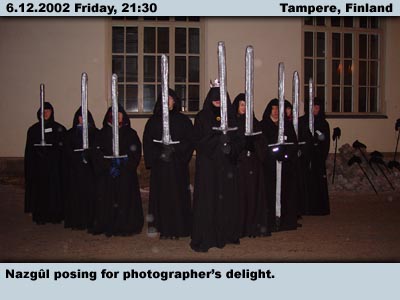 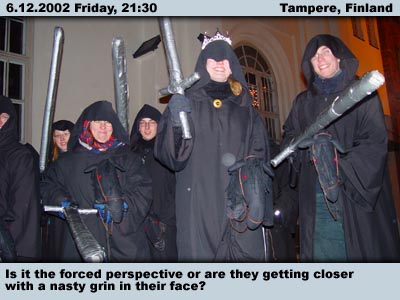 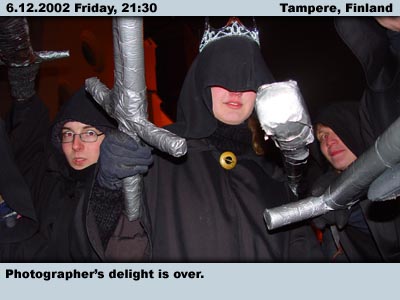 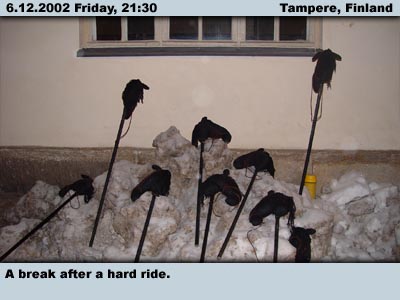 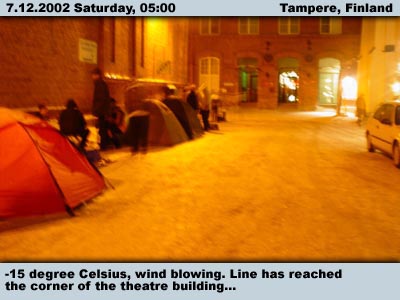 Office I work in was very near the theatre so I decided to sleep there with my friend, and that almost proved fatal. I did hang around with other OneRing.net liners on Thursday and Saturday, took a lot of photos but went for the night to our cozy office. We woke up and went for the line at Saturday 5 am, and got frozen for about three and half hours (some people were there overnight with only sleeping bag and a blanket so I have nothing to complain there). After the doors opened it took about an hour to get to the ticket booth. According to the guy selling the tickets we got the two last seats from the front seat. I must admit I felt a bit relieved. 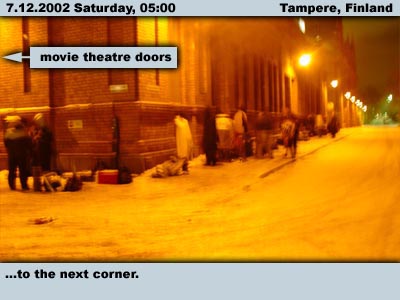 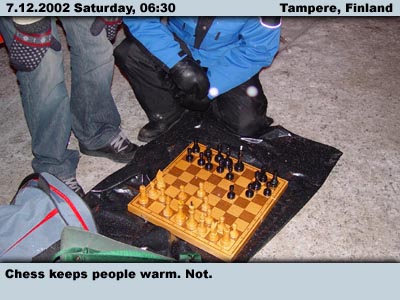 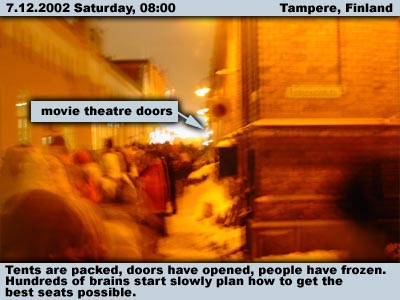 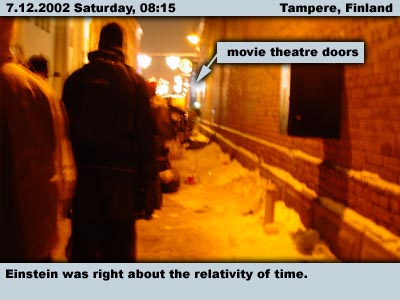 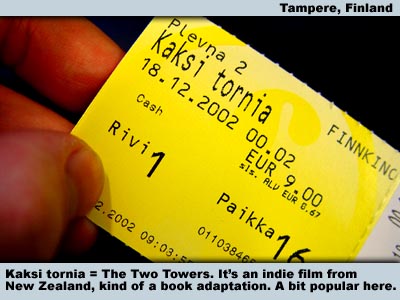 Here are some photos with time and text inserted. Every English error is mine and stays there ;-).