The Art of The Fellowship of the Ring is a beautiful book full of stunning sketches, colour photos and movie stills illustrating the locations, costumes, armoury and the various creatures in the movie. 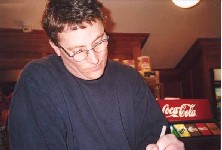 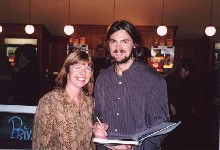 The Wellington launch was held at the gorgeous Embassy Theatre, with about 150 people attending – including artist Alan Lee; Richard Taylor & others from the wonderfully talented Weta team; Jane Johnson - publisher from HarperCollins and actor Karl Urban. I bought a copy of the book, which now has some amazing autographs in it in evidence.

Jane Johnson, spoke on her background, her involvement in LOTR and told a great story about her humble beginnings in publishing. Apparently she started at HarperCollins in a secretarial job (even though she admitted she was lacking in the typing and shorthand skills required for the job). Very quickly her manager realised that she wasn’t working out as a secretary and decided to try her out as an editor - where one of her responsibilities was to look after the original LOTR book. At this time she received in the mail some copies of watercolour paintings by Alan Lee and John Howe of scenes from LOTR. She brought these two artists together and with the permission of the Tolkien Estate she published the first illustrated version of LOTR. In the late 90s she received a letter from Peter Jackson’s office asking about these two painters and from there Jackson then contracted them to continue creating middle earth. Weta then transformed these images which started the amazing journey that culminated in the LOTR movies. Lee and Howe are still very much involved in the movies. 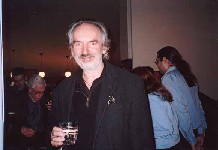 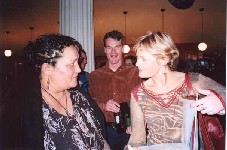 Richard Taylor from Weta was up next, and spoke about how he came from the country to the city without any real plans, but ended up creating the company which was to become Weta Workshop. He also told the story of his involvement with LOTR and how he was able to source fantastic NZ talent for his requirements in the digital recreation of Middle Earth. Once word got around of the LOTR connection, many young people from throughout NZ started approaching him for work. From this, Richard found an enormous amount of talent that he was able to use to transform the images of Lee and Howe into the visual splendour of the movies. In another coup for NZ talent, Peter Jackson had already planned to use Richard Taylor to create Middle Earth but he received quite a bit of resistance from the American company that initially founded the creation of the movie – Miramax. The powers that be came to Wellington and expected to find that Weta was a “small workshop in a tin shed at the bottom of Peter Jackson’s garden” and they didn’t believe that Richard could do what was required but with his drive and passion he proved them wrong. Of course, once New Line became involved the rest is history.

The formalities of the evening ended here and we were able to wander around and admire the books and artwork. Jane had mentioned the possible attendance of two prominent stars of the movie but unfortunately due to late filming they weren’t able to make it - much to the disappointment of many a fan (not looking at anyone in particular!).