Sunday, June 16, 2002
Great Pics From The Potluck & Lembas Bake-Off - Xoanon @ 15:56 PST
Here are some pics from the LoTR potluck and lembas bakeoff held in San Francisco. It was a nice sunny day with a breeze kicking up, or "Elf weather" as we decided to call it. There was enough food for first and second breakfasts, plus tea, lunch and supper! Nice, cripsy sausages were going at a fast clip, followed by ripe chicken off the bone.

The winner of the Lembas bakeoff was Rodrigo, followed by TORN's own Tehanu in second place. Everyone who attended was part of the judging, and much overeating was had by all.

There was also some live fighting from folks of the Cloondara Shire, much to the delight of all the Hobbit kids, who gladly took up the padded swords and gang-attacked the Men. 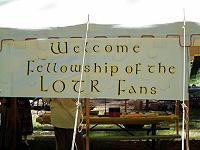 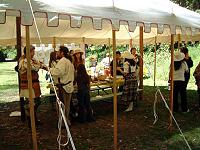 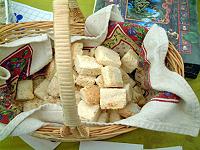 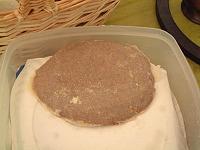 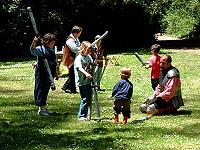 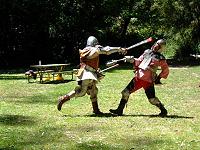