Lower Manhattan saw an influx of "Lord of the Rings" fans, beginning on Friday night, May 10, when people began to arrive in town for Saturday's screening of "Ash Wednesday" at the Tribeca Film Festival. I went straight from the airport (having flown in from Chicago) to the Embassy Suites that connects to the United Artists Theatre to try to scope out the wait list ticket location, where to stand to take photos of actor arrivals, etc., but nothing major was going on that night so there was nothing set up to indicate where things might be. It would have to wait for the day.

Saturday morning, I met up with some other fans, and our group continued to grow all morning. Despite the fact that no-one knew whether Elijah would appear or not, a lot of fans turned out--some of whom wanted to try for tickets and others who mostly wanted to get a photo of Elijah arriving for the screening. Quite a few of the faces were familiar to me from ICON, and it was also nice to meet others I knew from the various lists and boards but hadn't met in person. As the time moved towards 11, we started to check with the staff onsite to find out how things would go. We were told where the wait list ticket lines were, and that we should check for it to be started anywhere from 30 minutes to an hour prior to the 2:00PM movie time. I told him our predicament--that some of us really wanted or needed to get photos of the arrivals--and a very pleasant, helpful staffer told me that there would be no problem with people buying more than one ticket, as long as they let the person in charge of the line know in advance. So back we went to our designated hangout (one of the large, concrete planters) to chat and ready our cameras. Lines for earlier screenings came and went, and we tried to keep an eye on the signs denoting which line was which. Around 12:30, we started to get antsy, but still no Ash Wednesday line. Unfortunately, when they DID start the line (earlier than the earliest time we'd been quoted), we looked at the sign before they had changed it and thought we were still early--and when we realized our mistake, there were already more than 20 people in line. Considering we had been the first ones there that morning, we were pretty upset by the miscommunication, but willing to concede that we wouldn't get in to the screening, but would at least have better photo positions.

I thought I had recognized some people not far back in the line, and sure enough, a few minutes later some of them came over to say hi--more acquaintances from ICON. They were taking turns getting refreshments and walking around while the rest of the group held their places in line, and one of them was nice enough to say she'd buy me a ticket should she be one of the chosen ones lucky enough to get to the returns desk. So, it was back to my photo position but now with an outside shot at getting in to the screening itself.

The time is now 1:30, and those of our group who had actually managed to score tickets had to go claim their seats. Those with places in line went back to those places, and I went over to stand near the friend who had offered to try to buy me a ticket--only to hear the staffer who was in charge of the line announce that it was limited to one ticket per person. Now, I'm annoyed AND in a quandry. Do I go to the end of the line--knowing that the odds are hugely against that many people getting in but also knowing I want to see the movie--or do I just stand around and hope to photograph Elijah's arrival? By now I'm questioning whether Elijah is actually there at all--we certainly had expected to see Ed Burns (the star, co-producer, director and writer of "Ash Wednesday") by now, but no sign. Ed, as a lifelong New York resident and supporter of its film scene, was certainly expected to attend.

Now it's 1:40 and the first 10 people in the waitlist line are OKed to go in, and the group of LOTR fans is at the head of the remaining line. But 20 minutes passes, it's movie time, and no-one else has been admitted. We're pretty pessimistic about our chances, and the group decides that if all 10 of them can't get in, they are going to pass (the two ladies behind them are happy to hear this--they were already pretty pissed about the offer to buy ME a ticket). So, it's the last conceivable second and out comes the staffer again--to tell us that there have been two tickets turned back in. They all look at each other and then look at me and say "you should get in--go ahead and take the ticket," but of course it's two tickets and the ladies behind us are offering to take them, when one of the group agrees to go in with me so I don't forfeit the tickets. Whew!

We race up the four sets of escalators to the screening, where we find that only a couple of scattered seats and the first row of the theatre are open. We try the first row, but the angle is absolutely impossible. Luckily, the folks in the second row see our predicament and slide over so that two singles become two seats together, and we take our places. After a few more minutes, and a preliminary welcome by the movie's producer, Margot Bridger, we are underway. No Ed and no Elijah in evidence.

The movie starts: credits, music, a bar. Three men discussing a hit on another man. Brief glimpses of the bartender, and it's Elijah. We're underway! But the film cuts off almost immediately -- must have been some sort of projection problem. We are all laughing and joking about it, and of course I cannot resist commenting that I was a bit disappointed with the way Elijah hadn't been allowed to fully develop his character... I don't want to give away any plot details here, but the basics are that the movie is set in Hell's Kitchen (and was filmed entirely in New York). The prologue, only a few minutes long, takes place on Ash Wednesday, 1980, while the bulk of the movie is set on Ash Wednesday, 1983. Ed and Elijah play, respectively, Francis and Sean Sullivan, the sons of the (late) primary enforcer of the local Irish mafia. While the film revolves around Francis, the older brother, Sean is central to the plot and is a very interesting supporting part, as well as marking Elijah's first fully adult role. Francis' choices are the focus of the plot, but Sean's actions are the impetus for the action, and both actors are wonderful in their roles (as are all the supporting players, several of whom are in attendance at the screening). The movie, like the streets on which it is set, is dark and gritty, rough around the edges, stylish but not slick or glossy. While I, and everyone around me, liked it a lot, most of us did not think it was a mass-market kind of film.

After the screening, Margot Bridger got up again to lead a brief question and answer period. She said that Ed was filming in LA and wanted to come but was unable to get away, and that Elijah was getting ready to leave for a project (obviously NZ). A lot of the questions centered around working with Ed Burns--how was he as a director (raves from the other actors and lots of talk about how open he is to input from his actors), how finished his scripts are when the project begins (although he is open to changes, the scripts are complete when work starts, and he usually has 10-12 other ideas percolating in his brain at various stages of completion), how he handles being both director and actor (usually separates the two, doesn't step much out of acting role during actual filming to direct). When asked about distribution and ownership of the film, Ms. Bridger indicated that the film is owned by IFC who do intend to release it theatrically (probably in the fall) with Blockbuster having the DVD and video rights. She also talked a little about how Ed's way of filming -- over short periods of time and often in New York -- makes it easy for even people with schedules as busy as Elijah's to find the time to work with him.

After the Q&A, those few of us with tickets went back out to rejoin the larger groups and tell them as much about the movie as they wanted to know -- which was basically, how big a role did Elijah have and how was he. Having satisfied their curiosity, we had to say our good-byes and disperse, since most people were facing long drives or train rides back to wherever they had come in from --which was basically all over the place, including NY, NJ, PA and VA. For myself, I went with a few friends to Battery Park City since it was such a gorgeous day, to look at some of the 9/11 memorials and Lady Liberty, and then some of us took a look (from the distance allowed) at Ground Zero. It was my first visit to Lower Manhattan since the tragedy, and it was very disconcerting to see my favorite skyline in the world with such a large and tragic gap. The rest of the group then left, while I went off to dinner with a local friend and my eventual flight back home. I would come away without any Elijah sightings, but having met a lot of great people and seen a film that I think is very much the sort of work that Elijah has indicated he wants to do--a quality role in a small, character-driven film.

The festival itself, from everything I saw and read, did very well. The portion of it we spent most of our time at was a bit away from the headquarters, but everything was well-attended and staffed with eager volunteers. People seemed generally happy with the event, screenings were almost entirely sold out, and all in all it showed every sign of an extraordinarily successful event. It brought people to Tribeca in droves, which was one of its purposes, and certainly reminded people of the fact that New York is a vital city with a lot to offer.

Attached are just a few photos:

The ones attached are two close ones of the producer, Margot Bridger, one of a section of the audience during the Q and A (most people left before it started--the theatre *had* been packed), and one of about 1/3 of the fans--those who stuck around until after the screening and were willing to be photographed.

I've also included the festival logo and a scan of the program page for Ash Wednesday. 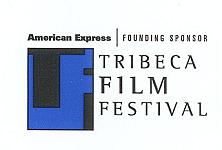 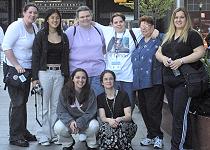 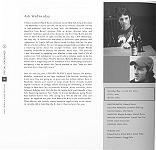