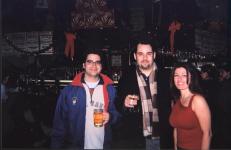 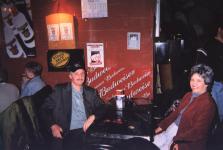 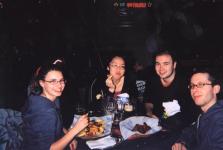 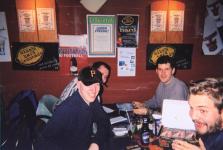 Here are the pictures and a slightly more detailed report from the Montreal Line Party on December 19th, 2001. 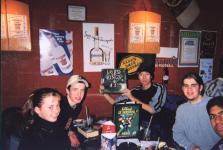 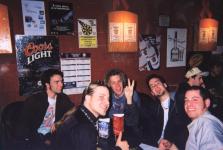 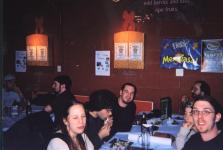 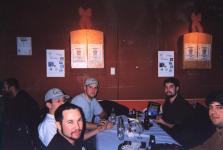 Cleo and I arrived around 5:30 to setup at Le Skratch WEST-ISLAND. Cleo and her friend Seb were extremely helpful in making sure all the arrangements went smoothly. With almost 100 people gathered together in 1 place the logistics were just too much for simple old Xoanon. 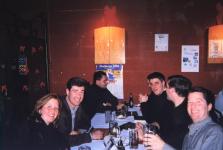 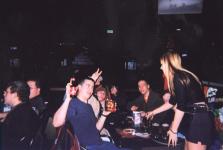 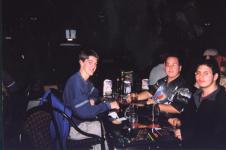 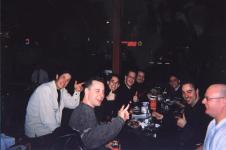 As people slowly started arriving we arranged for the food to be served and had about 3 or 4 raffles to give away a ton of goodies. Plenty of folks seemed to like the raffles, as there was a huge crowd around Cleo and I as we announced the winners. 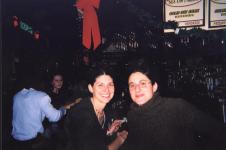 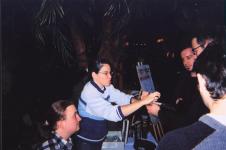 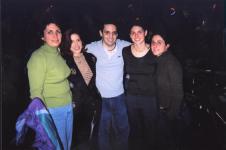 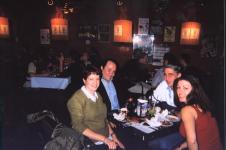 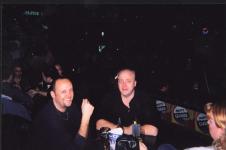 All in all I certainly think everyone had a good time. It was really nice to see some good friends, family and co-workers arrive just for the fun of it, many of them weren't even tolkien fans (and they all seemed to love the movie).