SFX is reporting that New Line is releasing the D&D movie December 8th. What does this mean for LOTR fans? We believe New Line very well might place the LOTR trailer with this film. [more]

Wow, check out this whopper of a story from Stuff.co.nz:

The Lord Of The Rings movie trilogy will cost $675 million, about $315 million more than previously reported, according to American magazine Vanity Fair.

The budget blowout, if correct, would make the Rings trilogy the second most expensive movie production ever, after the three new Star Wars films which cost about $736 million.

Note by Corvar: The $675m is likely in NZ dollars. Who knows what currency the Star Wars numbers are in. But in general, always be leary of an article in which two countries are involved and what currency they are talking about is excluded.

And I thought Gollum was smart!

Well, the Gollum Riddle Challenge 2000 was no match for you fans! The contest was over in under 12 hours! We will post the winners and answers later today.

(geez, now we have to figure out REALLY hard ways to give stuff away! heh)

Boromir and the Red Squirrel...

Nona from The Compleat Sean Bean sends in an interesting auction opportunity for those of you looking to get your hands on a Boromir signature. [more]

In honor of Bilbo and Frodo's birthday, its time to play Gollum's Riddle Challenge 2000!

"Come and play a game with us, my preciousss! If you win, I giveesss you nice prizesses. If you lose we eatsss it, my precious!"

To play, surf on over to our contest section! [ Riddle Challenge ]

Update: The contest has been won, stay tuned for more information.

Ringer Spy Dominic sends in a nice little article from 'The Net', a UK based internet magazine.

Ringer Spy Guinness Sends in the latest from the Minas Tirith set, which has been remade on the ashes of the Helms Deep set. [More]

Have you ever wanted to find out what the faces behind the nicks *really* look like? Hurl *real* salad bar fixings at your fellow patrons? Face them in mortal combat?? (oh, wait...wrong article...)

Next summer, you'll have your chance! Curunir and Messiah are working tirelessly to make your 1420 Wishes and Balrog Wing Dreams come true. In August of 2001, we plan to hold Barliman's Bash, an event for the folks of Barliman's to meet, greet, and enjoy one another's company for a few days. [More]

Ringer Spy Glaurung visits Middle-earth and snaps some great pics of the area where they filmed some LOTR action! [More]

Orc Day out in the Park

Thanks to Jincey for the lead!

In honor of Bilbo and Frodo's birthday, we will be launching a new contest at 12:01 am EST on September the 22nd! Gollum's Riddle Challenge, be one of the first to mail in the correct answers to 10 of Gollum's best stumpers, and you could win one of three fabulous prizes! Be warned, these riddles aren't chestnutssses!

First prize: A handcrafted replica of The One Ring from Badali Jewelry,
Second prize: An audio verion of The Silmarrilion read by Martin Shaw.
Third prize: A great looking Lord of the Rings poster.

Be sure to sharpen you riddling skills, or we eats it My Preciousssess!

How to be Unproductive at Work: Part III

Well, its another slow news day.

Welcome, once again, to the third session of "How to be Unproductive at Work" compliments of TheOneRing.net.

When is the last time you checked out the fan art galleries? Check out the 11 new masterpieces added just this Sunday.

So Gamling the Old has been cast. But who is he? Discover everything you need to know about the LOTR characters in our LOTR Movie character section?

How to be Unproductive at Work: Part III continues...[more]

What are you TOLKIEN About?

The Mouth of Sauron Does Google Search for Ring of Power

In a desperate attempt to secure the whereabouts of his master's lost 'Ring of Power,' the Mouth of Sauron has turned to Google.com for help. [More]

Reiner Knizia's Lord of the Rings Board Game is now rolling off the presses, and it looks great. Enclosed are jpegs of two of the cards that I don't believe have been published on the net anywhere. [More] 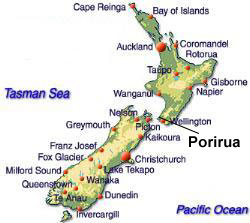 Porirua fans get Rings side

Lord of the Rings fans in Porirua are getting a rare glimpse into big-budget moviemaking. [More]

You'd be amazed at the amount of LOTR cast members that can be found on the small screen this week! [More]

An ancient city has been re-created in South Canterbury for the biggest movie project ever to be filmed in New Zealand. [More]

Hall of Fire Chats This Weekend

Middle-earth the First Time Around

More details on the topic and how to participate are available here.

TORN Staffer Leo sends in info from his dutch site lordoftherings.nl. Miep talks about being cast as an Edoras extra! [More]

A KEY character in the new pounds 120 million Lord of the Rings movie will have a Scottish accent. [More]

Ringer Spy Ian sends in the latest pic from TV One News. One news did a piece on Edoras, down in the South Island. [More]
!!!Spoilers!!!