Harry from AICN is reporting that Aussie actor John Noble will play Denethor, Dunedain lord of Gondor, and father to Boromir and Faramir.

The name John Noble appeared on my radar screens almost a year ago, a nameless emailer sent me a very cryptic letter along the lines of 'John Noble will be in LOTR', after all my digging I came up with naught, so I never posted it. And considering that I get emails everyday with '(insert your favorite actor here) will be in LOTR', so I forgot about it :)

Click here for a TON of info regarding John Noble (Denethor), with a promise of pics coming soon! [More]

The best UK movie magazine out there, SFX, has an article about Ian McKellen's (Gandalf) surprise visit at Comicon!

The official Ian McKellen (Gandalf) Website (McKellen.com) has updated it's 'Epost' section. In it the good Wizard answers emails from you folks! [More]

Balin and myself attended WorldCon this past Saturday, You can check it out in Barliman's [here]

Ringer Spy Eowyn sends in an article from a swedish movie mag, and translated it for us as well! [More]

A nice note came in from some hikers who'd just come off the Heaphy Track, down in Golden Bay, last week. (more)

It is the most challenging Brain Bender Contest we've ever had-- and the grand prize is a beautiful 'Lord of The Rings' British Millennium Edition (with a CD of Professor Tolkien reading poems and songs). I must admit that I delight in the complaints that the questions are too hard. What did you expect; the Regis Philbin school of watered-down Tolkien trivia? No, my little goslings, this is going to take some effort!

The 'Total Film' article below simplified the story a little - well, it is confusing. One of the guys who stole the videos has been convicted and sentenced to 12 months supervision and counselling. According to NZ's film industry magazine Onfilm, one of the others (the 35-year-old company director) also accused of stealing scripts, swords, and VHS tapes has denied it. Furthermore, he's elected for trial by jury. According to Onfilm, Peter Jackson wrote to the judge asking that the name suppression be lifted. However Judge Nicola Mathers said that publishing his identity could lead to publicity out of proportion to the offence. Well, he'd be all over the Net, so that's certainly true.
The accused is currently overseas.
There was a third person involved in this; he was accused of money laundering. I have no updates on him.

No riding Nazgul pics here or anything, but the great folks at the Arrowtown Promotion Association sent along some pics from the Ford at Arrowtown, thanks folks! [More]

After a little research we found New Line Cinema has been busy registering domain names. Check out the list. (special note: this list of domains directs to the original LOTR movie site! The one that fans unanimously prefer over the new one. Cool!) [more]

To those of you in the U.S., Happy Labor Day!

Today is a day off from surfing...*cough*...I mean working. So in case you were getting bored, check out the new updates in Fan.TheOneRing.net.

Just today we have made major updates to the Fan Music and Fan Multimedia sections. If you would like to submit fan art, music, multimedia or wallpaper, don't hesitate to email calisuri@theonering.net.

And remember to save some BBQ chicken for me.

Check out when and where you can see your favorite LOTR cast members on the small screen this week. [More]

After a little digging I managed to find out some facts on Arrowtown, the small town that was recently invaded by the LOTR Production.

Interestingly enough, just north of the town, where Bush Creek and the Arrow River meet, is a Ford, sound like a great place for a bunch of Black Riders to swarm around? hmm...

Thanks to the Arrowtown Promotion Association for the pic!

Ringer Spy Painty sends in some great, if grainy, pics from the Minas Tirith set. Built right on the same set as Helms Deep, at the Hayward Hills set in Upper Hutt. [More]
!!!Spoilers!!!

Check out Fan.TheOneRing.net for the latest fan art and fan wallpaper updates! We are working on a multimedia update also! [more]

For the Diehard Tolkien Collector

Did I mention I'll be 33 in November? A special year for hobbits you know! ;)

It's the Anniversary of Tolkien's death.

Gamgee has written a reflective note on this over at Barliman's. Today might be an appropriate day to do as Gamgee says, and reflect on the difference JRR Tolkien has made to your life. (more)

This weekend's big event in Chicago is sure to draw a crowd of fantasy and sci-fi fans. Click here to get the details! 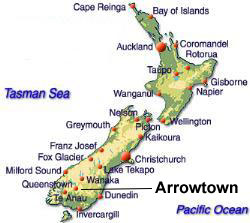 Well not really. But they did make an impact when they were filmed in Arrowtown on Thursday and Friday. (more)

The Greasy Wheel gets the Gamma Correction...

Ringer fan Ares sent us some touched up versions of those spiky wheel set images. These are a lot brighter and you can see a lot more detail. Check it out in Spy Reports and our Internet Scrapbook. Thanks Ares!!! [more]

Scoop's great new picture of the Hobbiton before the flames took it...

These guys must be sitting on the scoopmine itself. This lovely picture hasn't appeared anywhere else. [More]

Click here to view the pic in our scrapbook.