What can I say… these Green Books are hot! Stop in and peruse our many new articles and updates for July:

Tolkien lovers, historians, and even major media outlets keep coming to Green Books… Join the fun as we explore the WORDS and WORLD of Tolkien.

Cast Watch: Hugo in 'The Matrix'

You can catch Hugo Weaving (Elrond) in 'The Matrix' on TMN.

They haven`t begun construction of a new Hollywood sign yet on the steep hills that encircle New Zealand`s capital city of Wellington... [More]

X-Men Producer and all around cool guy Tom DeSanto praises our very own Ian McKellen (Gandalf) in an IGN interview.

When Ian's in costume, he's very powerful. There's a very triangular presence, and Ian sort of puffs out his chest and assumes this, this presence. [More]

Army not telling about involvement in film

A cloak of invisibility surrounds New Zealand Defence Force's involvement in Lord of the Rings filming in mid-Canterbury next month.

Shooting is about to begin again on parts of the Lord of the Rings trilogy at Mount Potts station near Lake Clearwater. [More]

You can catch Sean Bean (Boromir) in 'Airborne' on TMN.

You can see Elijah Wood (Frodo) in 'Deep Impact' on TMN.

You can catch Cate Blanchett (Galadriel) in 'Pushing Tin' on Cinemax.

You can catch Sean Astin (Sam) in 'Rudy' on Encore tonight. He's also on 'Memphis Belle' on British TV tonight.

The Star Wars Episode II and LOTR connection continues to grow! Marton Csokas is cast as a planetary leader in the second installment of the Star Wars prequel series! Celeborn in space. Cool stuff..:) Check out StarWars.com for more info. [more]

Thanks to sagi100 for the tip!

Now that we think Twizel is where filming will restart, we remembered that Tehanu passed through Twizel on her long search for Middle-earth during the Christmas holidays. These are the images that caught her attention in that area. [more]

Our friends at Mithril sends word on 'Mithril Gathering II', taking place at Historicon, a Convention in Pennsylvania. [More]

Thanks to Mr Tadpole for this article about Karl Urban (Eomer).

The price of fame

The very devil has arrived at Karl Urban’s door. He pushes the button of an ageing bell with no result, then knocks politely and waits for the actor to open up, let him in, make him welcome. [More]

Our latest Ringer Spy Mister Snitch (sounds promising doesn't it?) sends news on what and where they'll be filming when production starts up, still scheduled for July 24th. 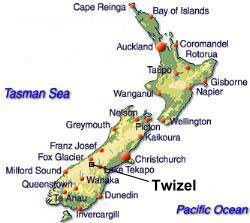 The location guy is currently looking for some Wellington based locations to do some close ups of the big battle scenes being filmed in Twizel and the Desert road later this year. He was looking around the area by the wind turbine in Brooklyn Wellington and all around Wainouiomata and Eastbourne.

Cast Watch: Hugo in 'The Matrix'

You can catch Hugo Weaving (Elrond) in 'The Martix' on Cinemax. [More]

J. Morris writes in with a link to some new images from the Video Software Dealer's Association Show in Las Vegas (VSDA 2000). The images have a prop that we did not see in the initial report from this show! ( hrm..very strange) [spy report]
!!! SPOILERS !!!

Thanks to Nona from "The Compleat Sean Bean" for the following articles:

"This is a feature story on Sean from This is Essex. LOTR is mentioned in this - quite a nice comment from Sean :)"[more]

That's right, they have been working out, and they are ready to explode in an awesome battle next tonight!

hehe Ok, Pete O'Herne and Craig Smith have agreed to do another chat on July 15th at 7pm EST (12 am GMT). Make sure you're there to chat Bad Taste, Peter Jackson and what to get Xoanon for his birthday! (slap! down boy!)

Do not meddle in the affairs of Clowns

For they are subtle and quick to anger. Any one with questions over the Tolkien Trademarks owned by Tolkien Enterprises has heard the story of Gandalf the Wizard ClownTM.

To make a long story short, Gandalf the ClownTM has been locked in a legal dispute with Tolkien Enterprises for 7 years regarding the use of the name "Gandalf". Michael Kaplan, the man behind the clown, has used the defense that the name Gandalf is from early Norse mythology and therefore is in the public domain and not eligable for a Trademark.

According to Associated Press, this 7 year battle has come to an end. You can read the full scoop at the Yahoo! site on this page.

Note: While the AP carelessly uses the word "Estate" in the first paragraph, this dispute only involved Tolkien Enterprises and Kaplan, not the Tolkien Estate.

Thanks to Brian for pointing this out to us.

Earlier articles about Gandalf the Wizard-ClownTM:
US News 3/10/97

Update: The New York Times has removed the story from their webpage, you can now find it on Yahoo here.

BBC News Online scored a small sound byte from our very own Ian McKellen (Gandalf) at the X-Men Primere on Ellis Island (told you he was there!). McKellen on X-Men:

'I discovered that there was a story of quite Shakespearean proportions going on between the forces of good and evil wrapped up in a wonderful adventure story with fantastical characters.'

Click here to go to BBC News Site, and click on the X-Men Audio Video on the right sidebar.

Game designer Dave Farquhar gives us the latest dish on the new LOTR Board Game currently in development! [More]

Unless you've been living in a Hobbit hole for the past few months, you know that the Ian McKellen (Gandalf) film 'X-Men' opens today in North America.

You can catch Elijah Wood (Frodo) in 'Deep Impact' [More]

Access Hollywood had a small piece on the premiere of the 'X-Men' film. The premiere took place on New York's Ellis Island, which is the final battle scene in the film. No luck getting an interview with Ian McKellen (Gandalf), however TheOneRing.net insiders say that Ian was most certainly there.

Ian McKellen (Gandalf) dominates the news for today, in an interview with the good wizard IGN.com managed to find out more about the English thespian.

PLUME: What kind of fulfillment do you get, personally, from acting?

MCKELLEN: Always the group that I'm working with. I move from job to job, from family to family, from group of friends to group of friends – sometimes they're old friends, but often they're new ones. For the time of working, the experience is so intense – it's like you're all climbing Everest together...

Welcome Our Youngest TORNado ever! 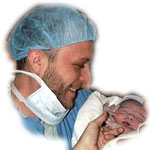 It is with great gladness that TheOneRing.net can announce the birth of a healthy baby girl. TheOneRing.net Co-Editor 'Tookish' is the proud father to Halle, our congratulations to Tookish and his wife. Email him your best wishes as well!

Comic-Con, is a fandango happening Convention taking place on the week end of July 21,22 and 23. Among the guests are Chris Carter, creator of the X-Files and Paul Verhoeven, director of 'Hollow Man', and Mark Hamill of Star Wars fame. But that's stale pipeweed compared to this:

NEW LINE CINEMA offers previews of its upcoming movies, "The Cell", featuring director Tarsem, writer Mark Protosevich and star VINCENT D'ONOFRIO and "Lost Souls", PLUS A SPECIAL FEATURETTE ON THE MAKING OF "THE LORD OF THE RINGS" on Saturday, July 22 starting at 2:30pm!

Making of LOTR! Anyone who can get down there must! on the double!

While there, try and hook up with TheOneRing.net Staffer Quickbeam, he's the one with the yellow leaves and the tendancy to look like a tree...

There are alot of X-Men reviews popping up on the net, considering the film will be out in North America tomorrow, I've decided to post one from our very good friend Resevoir Dog. Check out what the Dog has to say about Ian McKellen (Gandalf):

Sir Ian McKellen is wonderful as Magneto he is a fantastically wicked gentlemenly villain, even playing chess against Xavier. [More]

There is more in common with LOTR and X-Men than our favorite wizard Ian Mckellen (Gandalf). The latest commercial for the X-Men features music from the internet preview for LOTR! Look, or rather listen to it and you'll be able to figure it out. As far as who or where this music comes from, we've gotten conflicting reports, some say the music from a composer called Christopher Field, yet I've had no luck finding any of his work. And no, it's not Carmina Burana.

Eric Neuman, Producer with IGN sends in this little call to arms:

IGN.com has a poll on the front page asking which highly-anticipated movie you most want to see, with LOTR being one of the choices. You're not gonna let it lose out to Matrix 2, are ya? :)

(Think Mufasa from 'The Lion King': "Is that a challenge!")

So go and vote! Blow The Matrix II and SW: Episode II out of the water!

9air sent us this link to a great quote from Ian Holm (Bilbo). Star Wars fans might take issue, but its all in good fun! [salon.com]

"I'm not allowed to say much about it, but it's going to make 'Star Wars' look like a weekend in the lavatory."

-- Sir Ian Holm on the "absolute brilliance" of the special-effects-laden film trilogy based on J.R.R. Tolkien's "Lord of the Rings," in the London Express.

In last month's "Out on a Limb" I asked my readers this question: "If you could visit any mysterious, out-of-the-way place in Middle-earth, where would you go?" The object is to create a special piece about how Tolkien's imagination influences our own. Everyone is invited to read and participate.

You have only until July 15th to send your submissions. That's this coming Saturday, so hurry!

Much too hasty,
Q.

In case you are new to the site, check out the fan section of TheOneRing.net (http://fan.TheOneRing.net). I have recently added new fan art, wallpaper and music. And if you are really looking for something to pass the day, check out the wonderful Moon Letters: Fan submitted stories, essays, poems and recipes. This stuff is just too good!