Our very own Cate Blanchett (Galadriel) will be making an appearance at the 2000 Oscars, she will be a presenter! So be on the look our for her on the 26th!

Blanchett received a Best Actress nomination from the Academy for her title role as "Elizabeth" last year. She made her feature film debut in 1997 in "Paradise Road," which was immediately followed by a starring role in "Thank God He Met Lizzie." Her other film credits include "Oscar and Lucinda," "Pushing Tin," "An Ideal Husband," and most recently "The Talented Mr. Ripley." Blanchett recently completed production on "The Man Who Cried." Her upcoming projects include "The Gift" and "The Lord of the Rings."

Academy Awards(R) for outstanding film achievements of 1999 will be presented on March 26, 2000, at the Los Angeles Shrine Auditorium. Sunday at the Oscars(R) will be televised live by the ABC Television Network beginning at 5:00 p.m. (PST), with a half-hour red carpet arrivals segment preceding the presentation ceremony.

Thanks to Pippin-Took for the tip!

The latest from Mithril

The good folks at Mithril have poked their head from the mines to pass on this bit of info. [More]

The latest issue of 'Radio Times' has an article about Bernard Hill (Theoden) where he himself says he's Theoden!

Hill: "It's been good to get home and spend time with my family, though now I'm off to New Zealand for months to film The Lord Of The Rings with Ian Holm, Sean Bean and Ian McKellen. I play Theodon, King of Rohan, and all-action, middle-aged hero! I'll be there for most of the year -- there are three films in all, though I'm only in two --- and I hope my wife and my son Gabriel will be joining me."

Thanks to RUSS for the tip!

Well, it seems that we've got a new set location to focus on for a little while. News has reached me that the Kaitoke region near Upper Hutt (Near 'Helms Deep') will be the set for Rivendell! 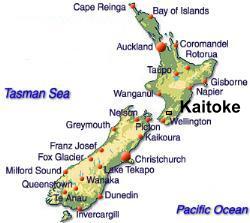 The crew has been setting up for a few days and production is set to start filming soon.

No word yet on who will be there to shoot at the moment, yet speculation is high that Hugo Weaving (Elrond) will set up shop at his house :)

This week we're full to the brim with swords, books, chess sets and [More]

Ringer Spy Rodrigo sends in the word that the LOTR Footage shown recently at ShoWEST will be available online shortly, in some form or another. First a few things such as music and PJ's 'ok' on it are needed before New Line can post the 'teaser teaser' as it's being called.

Missed the week-end news? Here's what was going on:

TheOneRing.net was the first to bring you the exclusive casting news regarding Marton Csokas. Csokas will play the Elf Celeborn in LOTR. [More]

So just who will play Theoden? TheOneRing.net again brings you news on a casting shift, Bernard Hill (left) is now confirmed as Theoden, while a cloud of mystery hangs over the casting of Kevin Conway. [More]

Is Ethan out? According to Michael Deluca, Ethan Hawke is 'out' as far as his role as the brother of fallen hero Boromir, Faramir. Let the rumor mill commence...

As always you can check all the weekly headlines here.

Get out the vote!

Tonight, at midnight the voting will end for our 2 questions to send to Peter Jackson, so get out your vote and choose your favorite today!

Bernard Hill's most infamous role, as Captain Smith from Titanic, is available to view on Cinemax today. [More]

Sir Ian talks about his role as Gandalf

Sir Ian McKellen's webpage has a new section called 'E-Posts' where he answers questions about his role as Gandalf. There's some interesting tid-bits, like his mention of modelling Gandalf's voice on Tolkien's own, (which is available on recordings) as he feels that Gandalf is a part of Tolkien's own character. You can read about it for yourself here

Super Ringer Spy Pipesmoke sends us the following from Mike Deluca via email, when asked about Ethan Hawke's role as Faramir, he recieved a quaint

Tehanu has chimed with a wonderful report one the first annual "Mordor Walk!" Check it out in the NZ Exclusives section.
[ Report ]

Bored? Looking for something to pass the day along nicely? Why not jump over to the Barlimans Homepage and check out Gamgee's "Tolkien fun section!" Tolkien questions with a twist!

Bat ears, telepathy, don't ask me how I know, I just do. Remember, you heard it here first: Bernard Hill is Theoden. But we still don't know what Conway's doing then. Denethor?

Just WHO will play Theoden?

Will the REAL Theoden please stand up?

The casting news was going to be dished out April 4th, but I pulled some strings and got it for you 3 weeks early!

Csokas is a seasoned Theatre actor with more that 25 different works with his name. He's also been in a few films and was recently on Hercules, and Xena.

The Elijah Wood (Frodo) film 'The Bumblebeez Fly Away' is also on TMN.

Today, March 11th marks the 5th month of filming The Lord Of The Rings Trilogy.

The latest copy of 'The Dominion' has a nice big article about Liv Tyler (Arwen), we've yet to recive a copy, so heads up all you Welly Ringers! Send it on over now!

From the good folks at Neoplanet comes the latest skin for your LOTR Browser, this 'Moria' skin comes complete with sounds and all!
Click here to begin download!

More on the Vanity Fair picture

Ringer Spy Maxwell Houser sends in some close up pics from the Vanity Fair article on LOTR. [More]
!!!Spoilers!!!

Our news on your site, followup

Some of you have expressed interest in how to get our headlines up on your own site. We are exporting our headlines through the RSS DTD of XML (to be compatible with my.netscape.com). There are a number of different scripts that will use this format. You can find general information on what we have done at XMLTree. You can find packages which will deal with our headlines at:


The URL for our RSS output again is: http://www.theonering.net/cgi-bin/lotr2rdf.cgi.

Galadriel 3: This time it's personal

Galadriel has struck again! The body count is rising but the news is droolable! We now have filming location info, Craig Parker casting confirmation, future casting news and PJ's CAMEO!!! this is smastastic news! Read on! [More]
!!!HIGH Spoilers!!!

And the Winner is!

From the good folks at HM:

Houghton Mifflin Company, publishers of J.R.R. Tolkien's complete works in the United States since 1938 and New Line Cinema, the producers of a forthcoming The Lord of the Rings feature film trilogy currently in production under Peter Jackson's direction, today announced the winner of their 'Win a Trip to Middle-Earth' Sweepstakes. Christopher Willis of Narragansett, Rhode Island has won the trip for two to New Zealand for a special, behind-the-scenes visit to The Lord of the Rings movie set. The prize includes round-trip air travel, accommodations, as well as $1,000 spending money.

A school psychologist at the Newport County Regional Special Education Program and a huge fan of J.R.R. Tolkien’s work, winner Christopher Willis says, 'I read the trilogy twenty-five years ago as a young man. Its fantasy was a great escape from reality.' Willis's teenage son and wife are also Tolkien fans. Discovering that he was the winner of a contest, which he had entered at his local Walden books, Willis describes his reaction, 'It was like Christmas. The fedex [notification] came on Christmas Eve. It was the best thing that happened to me that week!'

The books in The Lord of the Rings are The Fellowship of the Ring, The Two Towers, and The Return of the King. New Line's first movie in the trilogy is currently scheduled for release in Christmas 2001.

Today I awoke to the following items in the trades.

Headline: "New Line Reels to its Roots" by Dade Hayes

Text: With its 2000 slate, New Line is returning to its roots: comedy and mayhem, much of it with urban appeal.

The mini-major, along with speciality division Fine Line, unspooled Tuesday the first product reel at ShoWest.

By far the best-received part of the presentation concerned three pics that aren't on the 2000 slate: the "Lord of the Rings" trilogy. The three are being lensed simultaneously in New Zealand.

The unorthodox shooting schedule will yield a releasable trio sometime in 2001, presenting New Line with a dilemma: When to slot them? Product reel gave an answer, at least for now: Christmas 2001, 2002 and 2003.

From The Hollywood Reporter:

Text: New Line Cinema unspooled a diverse product reel that gave 4,000 ShoWest attendees their first glimpse of the mega-budgeted "The Lord of the Rings" trilogy. The company said one film in the series will be released each Christmas beginning next year through 2003.

The crowd witnessed a special effects-laden behind-the-scenes "making of" segment with Peter Jackson talking about the film. Many attendees said because of the costuming and scope of the project, "Rings" looked much like an epic "Star Wars."

Do you believe the errors in this? I mean, The Hollywood Reporter is one of the biggest industry trades, everybody in La-La Land reads it, and they can't even get the country name right! Or the budget ... which was rumored to be up to $190 million for all THREE films, not just one.

Who says you can't hire good help anymore? **Hey editors at the Reporter, if you need to hire a correspondent who knows the facts AND knows how to write, drop me a note!** (me to! Xoanon needs a new job! - Xo)

"This was the one everyone was waiting for. Hoping for the six-minute promotional shown in New Zealand last week, New Line chose instead to present a package especially made for ShoWest which combined quick clips from the movie interspaced by lengthier behind the scenes interviews with cast and crew. A quick opening shot of what appeared to be Gollum quickly dissolved to a set piece with Elijah Wood and Sean Astin--in hobbit gear, of course--talking about the production of this grand trilogy. [More]
Thanks to Wasp for the tip!

ShoWEST Footage: 'Not for the public'

Ringer Spy GB sends in his correspondence with New Line Suit Mike Deluca regarding the 2.2 minute footage from ShoWEST:

GB: Was wondering if you planned on releasing this footage (which sounds like a trailer) to the public?? Either over the Internet or in theaters over the summer? just curious...thanks

Mike Deluca: no, it was more a making of thing rather than footage

This is rather sad, considering the footage was apparently fantastic, come on guys....not even a little peek for your most loyal fans? the TORNadoes?

In the last 24 hours, we have added a couple of new features to the site that some of you may be interested in.

For users of my.netscape.com, our frontpage news is now available as a channel. If you click on the image below it will add the channel to your my.netscape.com account. The channel will also start appearing other places which support the same standard as my.netscape.com.

For Macintosh users, we have developed a Sherlock plugin to search our site. You can find the plugin at:
http://www.theonering.net/theonering/TheOneRing.sit

For people who would like to post our headlines on their own website, you can now get an automatically updating XML version of the headlines at http://www.theonering.net/cgi-bin/lotr2rdf.cgi.