Peter Jackson is on schedule to wrap principal photography on Dec. 22 for The Lord of the Rings, the film trilogy he's been directing in New Zealand for the last 14 months. [More]

Ringer Spy WaiSpy sends in a great MPEG from the Minas Tirith set! WaiSpy was on a train as he/she took the footage, either that or he/she can run really really fast! [More]
!!!Spoilers!!!

I've just received this mysterious email from MM I am looking into it...more info soon. 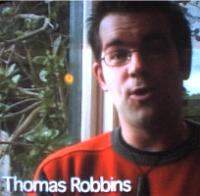 Have just got some info on the minor character of Deagol, it will be played by Thomas Robins. He has worked on NZ TV with some kids shows I think, and I believe he worked with Jackson on his "Forgotten Silver". It should be a speaking role.

Looks like the LOTR Trailer (if still attached to 13 Days) is getting further and further away...

Kevin Costner's Cuban Missile Crisis drama, 13 Days, will not be battling it out for the box office bucks for the holidays. According to Variety, New Line has chosen to pull the film, which has been getting good advance reviews, and moving its release date back to January 12, which is also the Martin Luther King Jr. holiday weekend.

However, the film will still be getting some limited release in Los Angeles and New York, which would make it eligible for Academy Award consideration.

This interview doesn't tell you anything you don't know, but if you follow the link to Norwegian daily Dagbladet, it shows Lee sitting in front of what looks like the concept art for Orthanc. (more)
!!!Spoilers!!!

On second thoughts, no spoilers. Several people wrote in to point out that the sketch is one of Tolkien's own, and it's over at Rolozo Tolkien

Ringer Spy Silmarien sends in some great pics from the ever popular Minas Tirith set. As well as a new set piece from Wellington. [More]
!!!Spoilers!!!

Just found this tidbit and thought I'd let you know. In the December US issue of MAXIM magazine on page 62 they have "The Maxim Report". A what's in what's out list of sorts. Well on that list they have an In and Out for movie trilogys and guess what's in and what's out. That's right Star Wars is out and LOTR is in. I had to smile at that one.

Matt chimes in with a description of the luxury version of History of Middle-earth, Vol. 1, and another fan suggests a present that you could give the non-Tolkien-fans in your life that would still secretly delight your own eyes as a vision of Middle-earth....(more)

Shooting at the Minas Tirith set might possibly have begun yesterday, but is definately set to go on Monday.

Xoanon Note: At the time of posting this, it is currenty 9:37 AM Monday morning, in New Zealand. They could very well be fighting in Minas Tirith as I write this!

Follow the link to see if you can catch your favorite LOTR castmember on the small screen this week! [More]

More on the SFX conference.

As it turns out, TORN fielded a respectable number of flies on the wall to report on the 'December3' SFX conference in Wellington. Thanks to all our correspondents, we have a good record of what WETA's Animation Supervisor Adam Valdez talked about. (more)

Now we know, thanks to a very speedy report from a fan who went to the SFX conference in Wellington today (more)

Lovely Scoop from The Palantir

Merry of The Palantir contacted us to say he'd posted a great interview with somebody who knew Tolkien at Oxford in the Fifties. You get a sense of the man and his environment from reading it. Find it on Merry's site here

Special Sunday Edition Of The Hall of Fire

Are you from the Pacific Rim, or just an early riser? Are you hooked on our great discussions of all things Tolkien? We have a special treat for you this Sunday! By popular demand, we bring you an extra Hall of Fire this weekend. Click here to find out more about the topic, "Peregrin Took: Piece of Luggage or Hard, Bold Halfling?" and the time.

I work part-time as a bookseller at Waldenbooks, a division of Borders International. Anyway, today I was intrigued to find a large white envelope lying upon my manager's desk with a bright orange sticker with white lettering on the front proclaiming 'Lord of the Rings material inside.' [More]

Ringer Spy Sparrowhawk sends in word on an article that appeared in the Altavista Entertainment website. The article goes into detail regarding New Line Cinema's ups and downs this year regarding box office success.

They spoke with Michael Lynne, one of the head honchos at New Line, concering LOTR, Lynne said:

On "Lord of the Rings," Lynne says "we have close to $180 million in international guarantees," plus merchandising advances and tax-incentive deals in New Zealand and elsewhere that limits New Line's financial exposure on production "to not more than $20 million a picture."

Music for the Masses

Ringer Spy Simon sends in news on a swedish group that has just released a Tolkien Inspired CD. [More]

John Forde, the LOTR reporter for E!Online, wrote in to apologise for the mistaken caption on one of the photos in the latest report, which identifies Sean Astin as Frodo. Not his fault, apparently. The layout artist vagued out....He says the error will be corrected as soon as poss.

New Line's Release Slate: There's been a shake up of release dates for New Line's upcoming film schedule. Kevin Costner's "Thirteen Days" has been pushed back to a more appropriate December 25th limited/January 12th wide release. "Sugar and Spice" has been put back two weeks to February 9th, "Blow" has been moved up to March 30th, "Rush Hour" has been moved back to August 3rd, and "Lord of the Rings" has set a definitive date of December 19th. Other releases like "Happy Campers", "Highway", "John Q", "Simone" and "Knockaround Guys" have all been declared 'To Be Announced'. Thanks to 'W'.

This will mean, of course, that the LOTR Trailer will most likely be pushed back with 'Thirteen Days' as well...sigh..

Minas Tirith in the Sun

Sir Ian McKellen made a comment on his own website that fans have spent more time discussing how characters will look than how their surroundings will look. I think we've kept people pretty well-informed about the look of the place, but it reminded me of a recent email from a correspondent who urged me to look at some of the NZ landscape art that captures the 'Middle-earth' nature of the place. She suggested some online galleries such as Fishers Gallery.

The site uses frames so you have to browse within it. I found some pretty nice landscapes, many from the South Island around where filming's taken place. Check out Margaret Rhodes, Peter Beadle, Tim Wilson, Aston Greathead, and one or two from the current exhibition, Ivan Clarke.

The monster entertainment site, E!online has just updated it's "Force of Hobbit" section, which is chock full of spicy LotR news! Curious about what the palantir will look like? Wanna hear the latest scoop on Gollum? Check out all the details in this November update! [More]

Check out this action figure set-up, sent in from Ringer Fan Finrod. [more]

Surf on over to Sir Ian Mckellen's (Gandalf) official website to check out his latest Grey Book entry. Sir Ian talks of Rivendell, Hugo Weaving and the Council of Elrond. [more]

No seriously. There aren't. Yet. But there are genuine Franklin Mint Tolkien dolls, and a TORN correspondent has three to sell over on E-bay. (more)

Preserving the magic of this earth....

TheOneRing.net supports two charities - one is appropriately enough a literacy programme called Books in Homes. The other is World Wide Fund for Nature. They don't do the big exciting protests that grab the attention of the media, but they're prepared to stick with the slow grind of researching how our wildlife live and what threatens them, and they take on the boring and daunting task of educating the public and making legislative changes to protect our wild heritage. TheOneRing's support has helped them learn more about the rare Hector's Dolphin and the endangered Albatross (more)

The NZ Herald Online has a GREAT picture of an Oliphaunt! Wow is this thing big! [more]
!!! SPOILERS !!!

The folks at ANCANAR, the LOTR themed indie film currently in post-production in LA, have posted some new stills as well as some info regarding the film on their website. Check them out!

Alert TORNado Michelle may have found the ultimate Elbereth, Queen of the Stars Barbie. We're still on the lookout for the Melkor Ken and the GI Boromir....

For all you Ringers that can get to London, there's an exhibition there at the Chalk Farm Gallery showing Ted Nasmith's work, including the originals for his recent 'Silmarillion.' For everyone else, you can have a look on the website and even do a bit of virtual shopping there. (more)

Time for something a little sillier.

Last week the Messageboarders came up with a thread that made me spit my breakfast out my nose. This is NOT for the fainthearted, I tell you.

Goldberry, Aragorn, Arwen or another possibility for Arwen and last, but FAR from least, Galadriel

Oh, and how could I forget....Luthien!